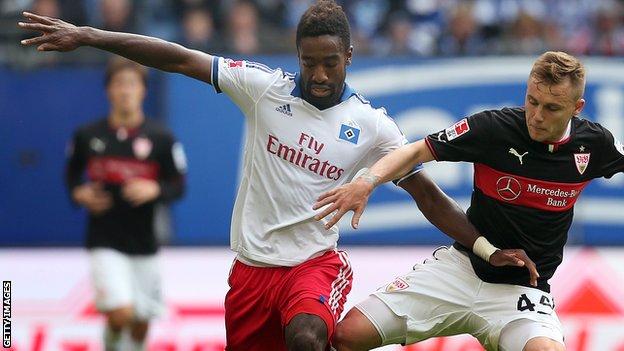 Hamburg defender Johan Djourou has been ruled out for several weeks after tearing a groin muscle.

The on-loan Arsenal man, 26, suffered the injury during the Bundesliga club's 3-0 win at Freiburg on Sunday.

He was replaced after 22 minutes and an examination on Monday revealed the extent of the problem.

Hamburg said the Switzerland international would be out for a number of weeks, starting with Saturday's game against Borussia Monchengladbach.

Djourou joined the German club on a season-long loan from the Gunners, with an option to make the deal permanent, in July.

The defender made two first-team appearances for the Gunners last season.

He moved to London from Swiss side Etoile Carouge in 2003.