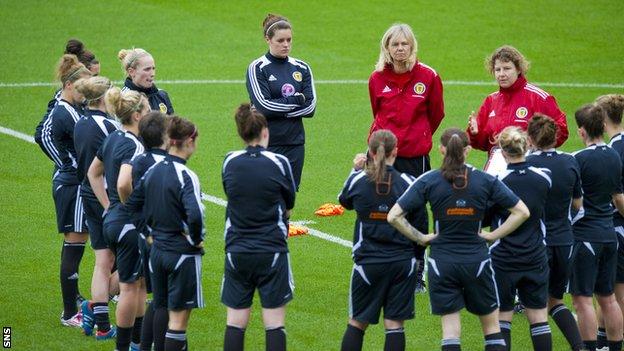 Scotland's preparations for the World Cup qualifier in Poland have been hit by a flight delay.

The women's squad were due to fly from Edinburgh on Monday but were delayed because of a technical fault.

Anna Signeul and her players will travel on Tuesday morning for the Group 4 clash later this week.

Scotland are top of the group with a 100% record after victories against Faroe Islands, Bosnia and Northern Ireland.

Signeul's side face Poland on Thursday before hosting the Poles next April in qualifying.