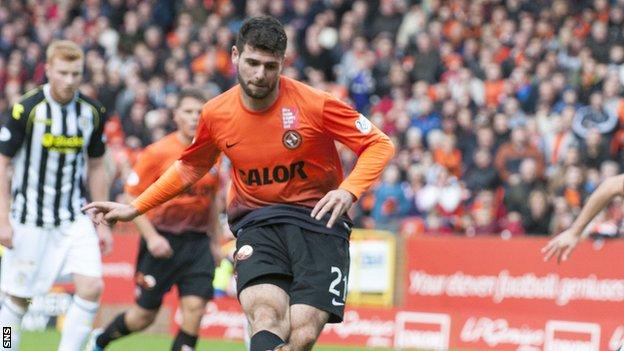 Dundee United striker Nadir Ciftci is aiming for a place in the last four of the League Cup at Inverness's expense.

United go into Tuesday's tie at the Caledonian Stadium in confident mood after thumping St Mirren 4-0 at the weekend.

Ciftci, who netted twice in the win at Tannadice, said: "We have nothing to fear and rightly so.

"The lads are full of confidence and we know what we're capable of when we play like that."

Ciftci believes United have enough firepower to topple Terry Butcher's side in the Highlands.

"We all believe in each other and can take a lot of confidence in to the Inverness game," the Turkish striker added.

"We have so many talented players and options going forward that we are feeling very good about ourselves right now."

United manager Jackie McNamara freshened up his starting line-up against the Buddies and may do again for the Cup tie.

Gary Mackay-Steven returned while Brian Graham played up front at the expense of David Goodwillie.

"We have a strong squad with competition for places and whoever comes in has to stake a place," said McNamara.