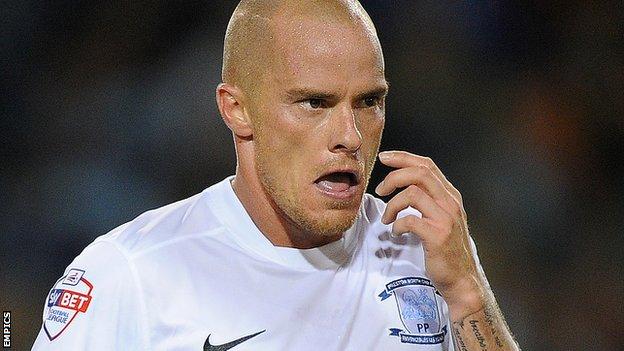 Iain Hume says he can understand why he is struggling for regular Preston starts as the competition for places in North End's attack is so strong.

"I'm always frustrated not to start. Everybody on our bench will say the same," he told BBC Radio Lancashire.

"We've got a bench full of first-team players and they're all dying to start. Hopefully I've put myself in the reckoning for next week."

Hume, who spent much of last season on loan at Doncaster and was at the start of the campaign, has started five of Preston's matches in League One this term.

Kevin Davies and Stuart Beavon have been manager Simon Grayson's preferred pairing up front and began the game at Meadow Lane on Saturday, with Hume and Joe Garner appearing as second-half substitutes.

"You look at the two guys who have started ahead of me and 'Garns' and you can't argue," added Canada international Hume, 29.