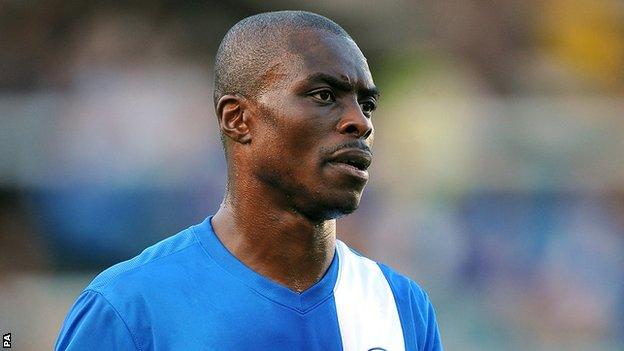 The Congo international said beating the league leaders would "change everything" after Posh were surprisingly beaten 1-0 at struggling Colchester in their previous outing.

He told BBC Radio Cambridgeshire: "It's the best game that could have been.

"We know where we went wrong and winning would put everything right."

Zakuani, 27, began his career with Orient and admits he retains a lot of affection for the London club.

"They're the first team I ever supported, let alone played for and I still have autographs of the players I used to watch," he said.

"They've had a great start, losing just once in 14 games and I'm not surprised because their first XI is as good as anyone's.

"On the other hand their squad maybe isn't as deep as some, including our own, and it could be that will be a problem for them at some stage."

Peterborough's strength in depth will be needed against Orient, with Lee Tomlin's sending off at Colchester meaning the midfielder is unavailable to manager Darren Ferguson.

"We've shown we can cope without Lee, though he always adds to any squad," said Zakuani. "Whatever the position, we have guys who come in can do just as good a job.

"But we do need every single supporter giving us that extra push, and I call on all the fans to get behind us."