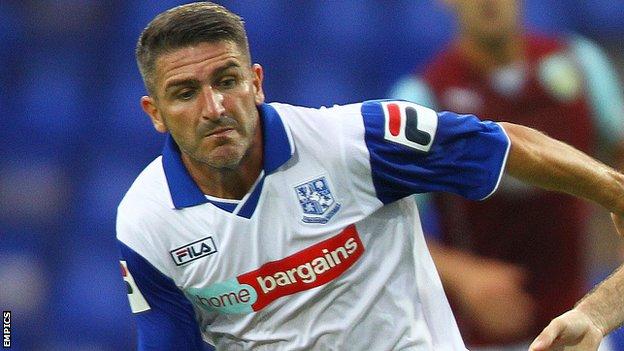 Ryan Lowe paid tribute to Tranmere's fans after his brace ended the club's seven-month wait for a home league win.

Prior to against MK Dons, their last home success in League One had come on 24 March.

"Regardless of it being against my old club, it was just important to get the three points at home," said Lowe.

"I know the fans are disappointed that we haven't been winning. If they keep getting behind us, I'm sure there will be more days like that ahead."

Ronnie Moore's side, who are still in the division's bottom four, had taken just two points from their first six league games at Prenton Park this term, conceding 17 goals in the process.

"We know there have been boos and rightly so," added Lowe, who joined Tranmere on a free transfer from the Dons in June.

"People pay a lot of money to come home and away. They've stuck with us and it drives us on.

"People say 'You haven't won at home since last season' and it's true, but you only have to look at some of the games and we've been unfortunate not to win."