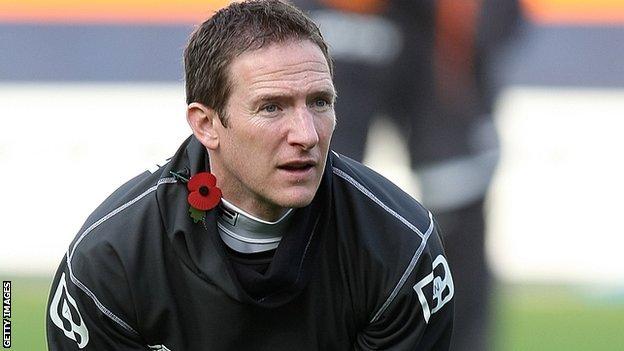 BBC Radio Shropshire understands the two parties will form a management team and are waiting to hear if they have an interview for the role.

Rovers had approached Gateshead boss Gary Mills about the vacancy, but their advances were rejected.

Neilson was released by the Hatters over the summer after spending five years on the coaching team.

The former defender was named caretaker manager on three occasions during his tenure.

Psaras was put in charge at Telford for the final six weeks of last season, following the quick exits of Andy Sinton, Mark Cooper and Graham Hyde, but was not offered the job on a permanent basis.

Hockaday's assistant Gary Seward is in temporary charge at Forest Green and has also expressed his interested in the role.