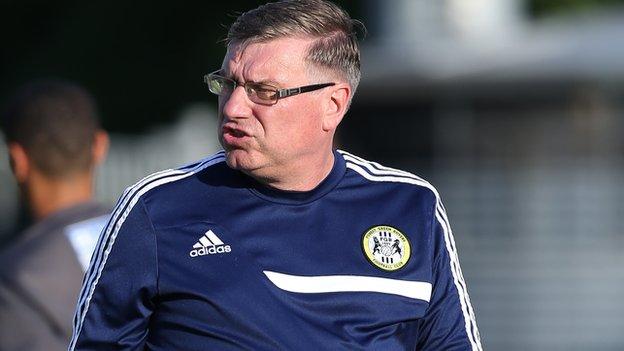 Forest Green Rovers have parted company with interim manager Gary Seward after it became clear he was not in the running for the permanent role.

Academy manager Scott Bartlett will manage the Conference Premier team until a permanent replacement is found.

"It's happened now because they've probably got down to a shortlist of five or six names already," the 52-year-old told BBC Gloucestershire.

"I put my hat in the ring and I did say I wanted the job. Did I think I was going to get it? Certainly not. But I think you have to show the enthusiasm."