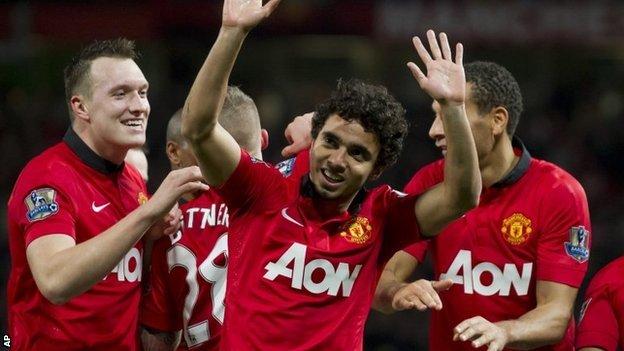 Manchester United have hit form after stretching an unbeaten run to six games with a 4-0 League Cup win over Norwich, says assistant boss Steve Round.

After defeats to Liverpool, Manchester City and West Brom last month, United have won four and drawn two in October.

"You need to go on runs in this league and this club is the best in the business at building that," said Round.

"This club has a winning mentality. There were no great celebrations after Saturday's Stoke win and none tonight."

The defending Premier League champions, eight points off the top of the table, play Fulham on Saturday before meeting current leaders Arsenal at Old Trafford on 10 November.

Sir Alex Ferguson, who retired as United manager in the summer after winning 13 league titles, said this week that successor David Moyes can still retain the title despite Arsenal's eight-point advantage.

Round says United will start to deliver more comfortable victories like the one chalked up against Norwich.

"There will be teams on the end of some big scores from us because we've got that capability and we've got that firepower right the way through the squad," he added.