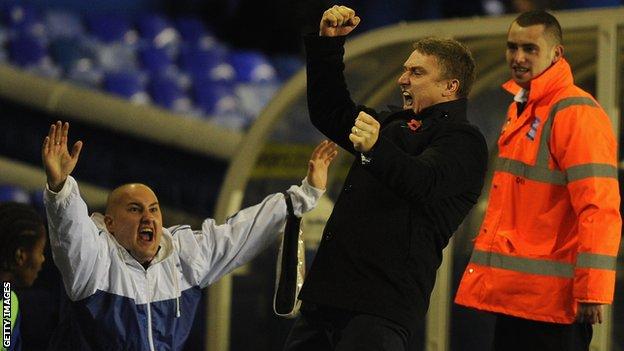 Birmingham boss Lee Clark says the bond between players and fans will be key during a difficult period for the club.

Since then, Blues have only paid fees for Darren Ambrose and Paul Caddis despite the sales of Ben Foster, Jack Butland, Curtis Davies and Nathan Redmond raising well in excess of £10m.

In the Championship they sit 20th, just two points above the relegation zone.

"The combination between our fans and players has to be the driving force to us being successful because we're in a difficult situation," he told BBC WM.

losing on penalties having come back from behind three times to secure a 4-4 draw despite playing 75 minutes with 10 men.

It was the third time Blues have scored four goals in a game this term, but in their other 14 games they have scored just 15.

"With everything that is going on off the field at the club currently, the passion, commitment and desire of the players is being noticed by our supporters," Clark continued.

"To lose to Stoke on penalties was another example of not getting what we deserve this season. We need to keep chipping away because I know it will turn - let's just hope it's sooner rather than later."