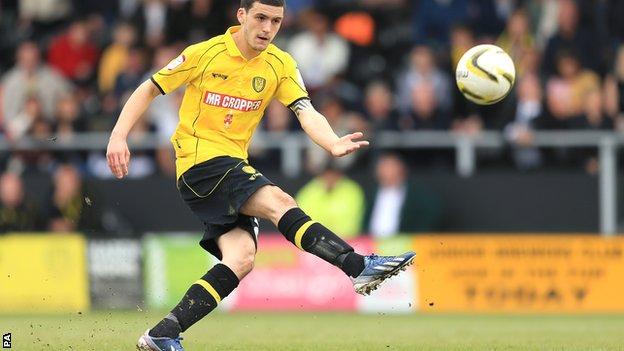 Torquay United have extended the loan of Blackburn defender Anthony O'Connor until the end of November.

The 20-year-old has made four league starts at centre-back since arriving from Ewood Park.

O'Connor was brought in following Aaron Downes' knee injury, while Krystian Pearce has also missed games through illness and suspension.

Downes played 45 minutes of a friendly against Yeovil on Tuesday and could come in to contention for Saturday.

Both players will also be available to play in Torquay's FA Cup campaign, which sees them face Rochdale in the first round.