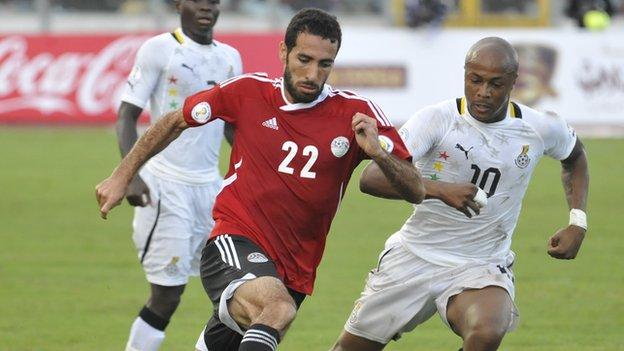 Egypt will hold their 2014 World Cup play-off second leg against Ghana in Cairo after Fifa accepted their assurances over security.

Fifa said its decision was based on guarantees from the Egyptian government and the decision to allow Al Ahly to play a Champions League match in Cairo.

It also means football fans will be allowed into the Air Defence Stadium.

Ghana lead the tie 6-1 after the first leg in Kumasi on 15 October.