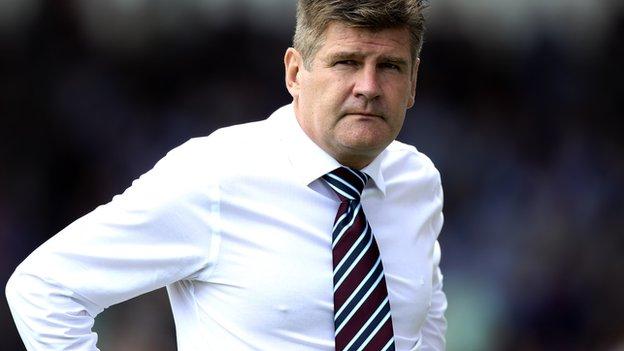 Scunthorpe boss Brian Laws felt he made mistakes in his team selection after their 4-1 defeat by York.

The Iron, who would have gone level on points with league leaders Oxford and Rochdale with a win, were 3-0 down in the opening 20 minutes.

"I got it wrong tonight, I picked the wrong side and formation. I have to take full responsibility for that," he told BBC Radio Humberside.

"We were second best all over the park in the first half."

Laws added: "I'm disappointed because it's not like us at all. The players can maybe be lethargic because we've had a lot of games but so has everybody else.

"We had everything to play for and we threw all of that away in the first 20 minutes.

"There's no excuses, we just weren't good enough tonight. If anyone wants to blame someone then they can blame me."

The Iron boss revealed the defeat had come at a cost with defender Niall Canavan and midfielders David Syers and Matt Sparrow all unlikely to feature in Saturday's trip to out-of-form Chesterfield.