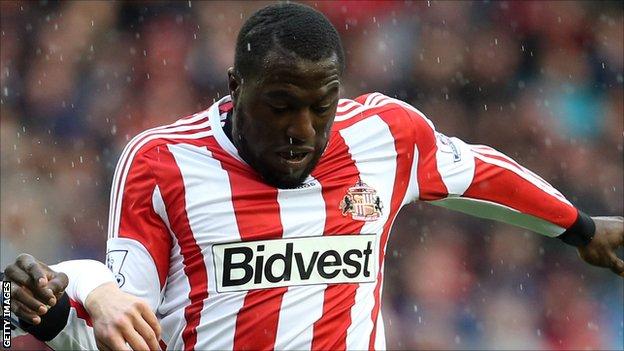 Sunderland forward Jozy Altidore is enthused by the prospect of linking up with Steven Fletcher again after Sunday's derby win against Newcastle.

Altidore, 23, started alongside Fletcher, 26, for just the second time as boss Gus Poyet shuffled the line-up.

Fletcher was on target at the Stadium of Light, while Altidore laid the ball off to Fabio Borini for the winner.

"It was nice to play with him, he frees up space for me to do things and vice versa," Altidore told BBC Newcastle.

Injury to Fletcher, who has scored two of Sunderland's seven league goals this season, placed much pressure on the shoulders of Ji Dong-Won and Connor Wickham at the start of the season.

Former boss Paolo Di Canio brought in Altidore and Fabio Borini to add depth, and with Fletcher fit again there are options for Poyet to work with as he seeks to improve Sunderland's form.

"We can only create more opportunities if we get the chance to play together but there is also [Fabio] Borini, [Connor] Wickham and Ji [Dong-Won]," Altidore added.

"We have a lot of players who can play up front."

USA international Altidore cost Sunderland £6.5m when he was signed from Dutch side AZ Alkmaar in July and has scored one goal in 10 games for the Black Cats.