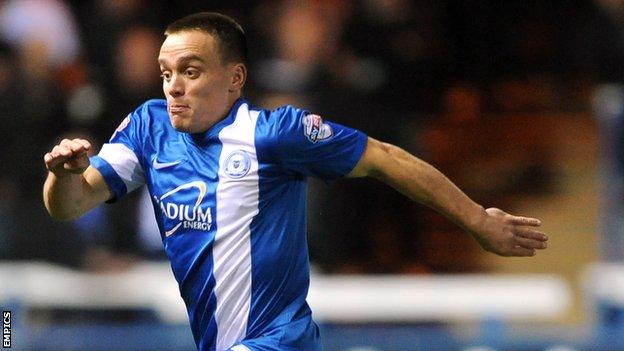 Ipswich Town have recalled Paul Taylor from his loan at Peterborough United, meaning the striker will miss Posh's clash with Leyton Orient.

The 26-year-old was set to return to Portman Road after Saturday's top-of-the-table game against the O's.

But Town have exercised their right to cancel the deal for the former Chester forward after an initial 28 days.

After failing to score in seven games for Posh, he will be available when Ipswich host Barnsley on Friday.

Peterborough, third in League One, are already without suspended forward Lee Tomlin for the encounter with leaders Orient at London Road.