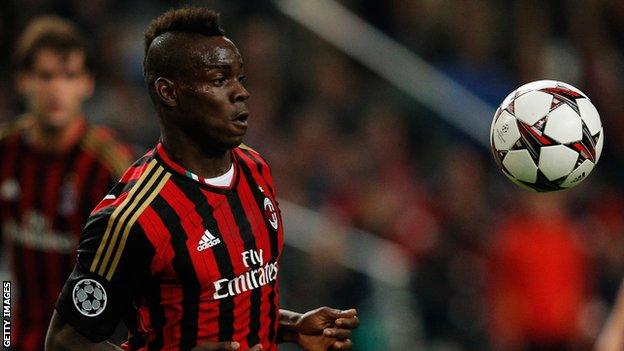 The 23-year-old Italy striker, who joined AC Milan from Manchester City in January, has been linked with a possible move to Chelsea.

Balotelli has scored three Serie A goals this season and is contracted to the Rossoneri until June 2017.

"He will not leave in January, absolutely not," Allegri said on his club's website.

Balotelli was banned for three games in September for using "intimidating and insulting" words to the referee after AC Milan's 2-1 defeat by Napoli.

But his manager has backed him to be a success at the San Siro.

He added: "I think Mario should be left in peace. It's not difficult to manage him.

"There's far too much discussion of the man's private life.

"I think that Balotelli should be judged for what he does on the pitch, like all other players."

Balotelli is expected to lead Milan's attack in Wednesday's game against Lazio.