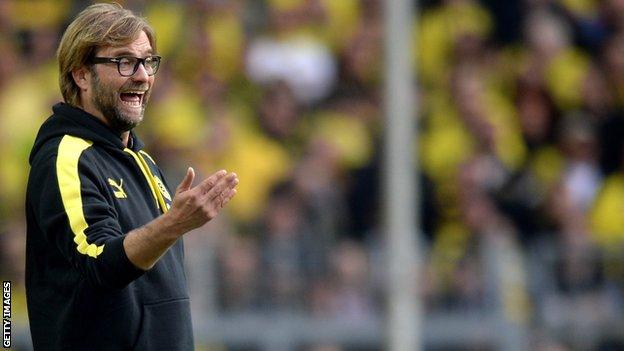 Borussia Dortmund coach Jurgen Klopp has signed a contract extension which will keep him at the Champions League finalists until 2018.

Klopp only negotiated a new deal with the club a year ago, but has now signed a two-year extension.

He took charge of Dortmund in 2008 and has led them to two titles and one domestic cup win.

Klopp added: "We're all still just a little bit in love with this club and the way things are progressing here."

Last season Dortmund finished runners-up to Bayern Munich in the Bundesliga and were beaten by the Bavarians in the final of the Champions League.

"Since you should never separate that which belongs together, we've extended the contract of our head coach and his team once again," said the club's general manager Hans-Joachim Watzke.

After 10 games this season, Dortmund are a point behind Bayern Munich at the top of the Bundesliga.