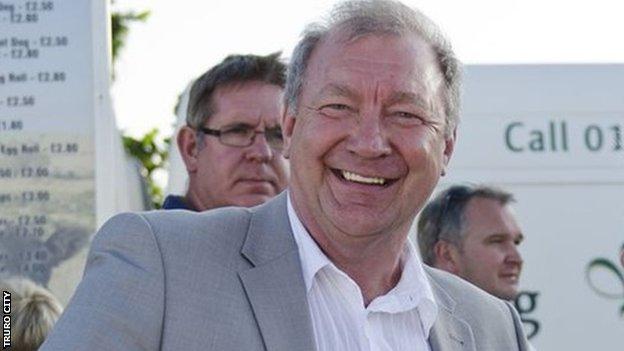 Truro City chairman Peter Masters admitted he was relieved to see his team finally record their first home league win of the season on Tuesday.

The White Tigers came from behind twice to beat AFC Totton 3-2 at Treyew Road, thanks to a brace from Liam Eddy and Paul Kendall's winner.

"It's a relief - it was a tough match, and I thought at one stage we'd get a loss," Masters told BBC Radio Cornwall.

"I'm very, very pleased for [manager] Steve Massey and for the players."

The victory was Truro's first at home in nearly eight months, and saw them complete the league double over their opponents.

"We fought back well and it was a good three points for us," added Masters, whose side sit 18th in the Southern Football League Premier Division.

"I understand Totton brought in two players on loan from Southampton and two from Portsmouth so they were a different side to what we played before in the season.

"The fans have been right behind us and there is a great will and support behind the club which we must keep going."