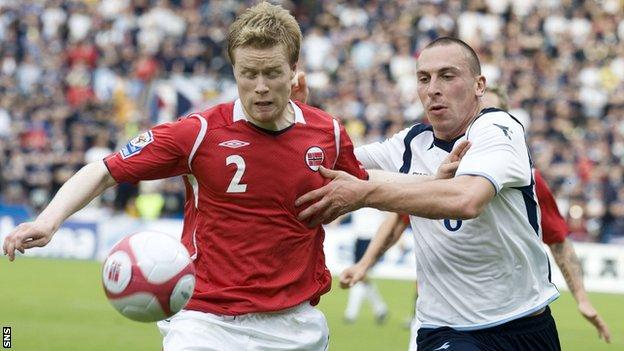 Scotland's friendly against Norway on 19 November will be broadcast live on BBC television, radio and online.

The match will be played at the 11,800-capacity Aker Stadion, the home of Tippeligaen champions Molde.

Gordon Strachan's side ended their World Cup qualifying campaign with and will also play a friendly against the USA in November.

will take place four days before the Norway match.

Norway, who last met Scotland in 2009, also missed out on a place at next year's World Cup finals in Brazil.

That last encounter, in Oslo, produced a 4-0 win for the hosts in a World Cup qualifier but the Scots did win on their previous visit to the Norwegian capital.

The USA have qualified for next year's World Cup finals in Brazil.