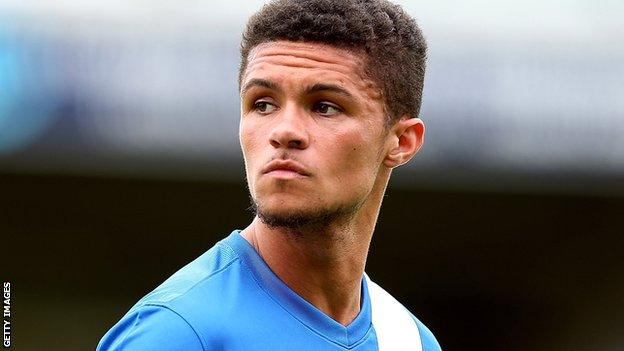 So far, his only goal for Peterborough in 16 starts and 17 substitute appearances was against Blackpool.

Posh manager Darren Ferguson told BBC Radio Cambridgeshire: "It will benefit him that he gets at least a month, five or six games, at a competitive level."

Ferdinand, who can play in a variety of positions, joins Brentford's Stuart Dallas and Luke Norris on loan at the Cobblers, who are second from bottom in League Two.

"If we can bring another centre forward in next week then we will try and do that. Jacob Blyth is back training again now with Leicester and we just want to make sure that he is fully fit before doing anything."