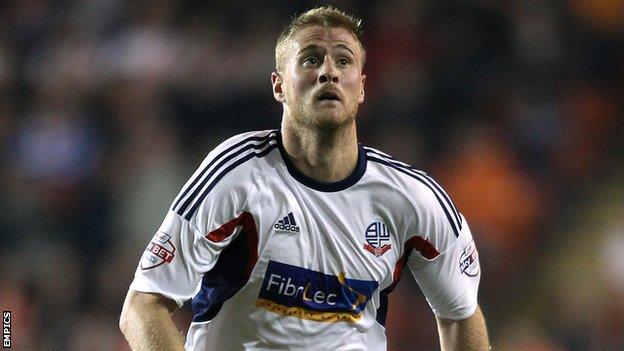 Centre-back Matt Mills believes a settled defence is one of the key factors in Bolton's six-game unbeaten run in the Championship.

"Tim's a pleasure to play with, Kevin's come in and done brilliantly and 'Baps' is playing out of position, but it's like he's played there all his life."

The experienced Zat Knight has been but was used to good effect by manager Dougie Freedman on Saturday, coming off the bench to help Bolton see out an

"He did that against Birmingham [as well]," continued Mills. "For someone to come on with 10 or 15 minutes to go and get straight up to the speed of the game - it's a credit to the way he trains and conducts himself.

"He's the club captain and that's what we come to expect from him."

Bolton failed to win any of their first 10 league games, but have since taken eight points from their last four to move two points clear of the relegation zone.

"We are progressing," added on-loan midfielder Neil Danns. "We're unbeaten in six and we are definitely making some good strides forward."