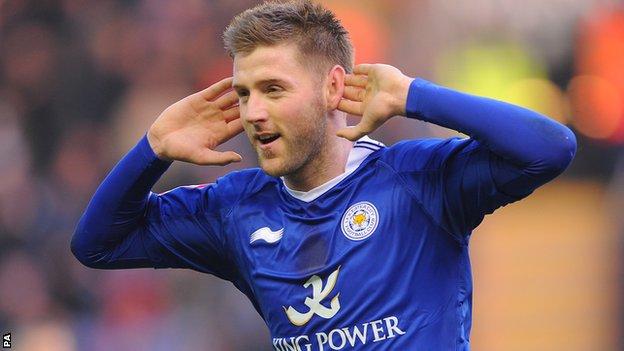 The 29-year-old played 19 games for Preston during a loan spell from first club Blackburn in the 2007-2008 season.

Gallagher's only appearance for Scotland came as a second-half substitute against Wales in 2004.

Gallagher joined the Foxes in 2009, appearing almost 150 times, but has not played for them since April.

"Ever since I knew the interest was there, this is the one and only place I wanted to come really," Gallagher told the North End website.

"Walking back through that door is like I have never been away.

"I am happy to be back, the time has gone past pretty quick because, as I said, when I came back through the door it was just like the same again.

The Glasgow-born forward is available for Saturday's home game against Tranmere.