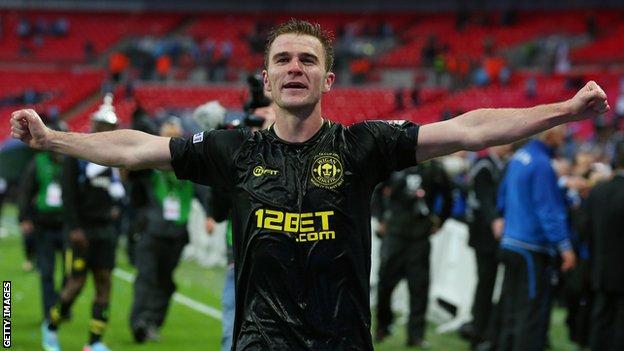 Wigan Athletic winger Callum McManaman has signed a contract extension to keep him at the club until 2017.

The 22-year-old, who put in a man of the match performance in the Latics's FA Cup final victory against Man City in May, made his Wigan debut in 2009.

He missed last summer's European Under-21 Championships with an ankle injury, but has made 11 appearances this term.

"It's great news and a sign of our intent to secure the long-term future of Wigan," manager Owen Coyle said.

"We want to keep hold of our best young talents, and Callum certainly represents that.

"He is an integral part of our plans now and what we want to build at the club moving forwards."

Huyton-born McManaman joined Wigan from Everton in 2007 and had a loan spell at Blackpool before his first-team breakthrough at the DW Stadium.