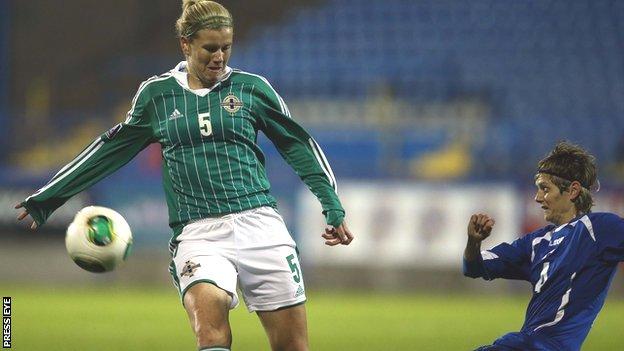 Northern Ireland secured their first point in the World Cup qualifying campaign after being held by Bosnia & Herzegovina at Mourneview Park.

The hosts went closest to scoring and Julie Nelson saw her free-kick hit the bar deep into injury-time.

Jessica Doran and Mackin failed to hit the target before Nelson was denied by the woodwork in the dying seconds.

Northern Ireland were beaten 2-0 by Scotland in their opening qualifier at Fir Park on Saturday.

Alfie Wylie's team are back in action on 23 November with a home qualifier against Poland.