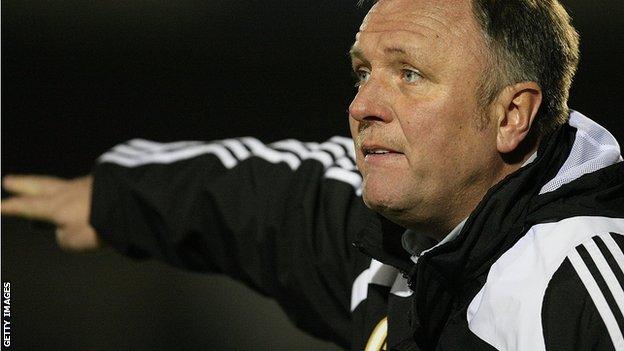 A Ben Tomlinson brace helped the Imps ease past Worcester in their fourth qualifying round replay on Tuesday.

The hosts' first win in six matches in all competitions earned them a home tie with the League Two side in round one.

"They kept plugging away, and hopefully this gives them some confidence," Simpson told BBC Radio Lincoln.

"I'm pleased for the players because they have not been at their best the last few weeks, not picking up the wins we've wanted."

Tomlinson put Lincoln in front with a header before latching on to a deep Sean Newton cross to nod home a second before the break.

Newton created a third for the Imps, with Bohan Dixon steering his cross into the top corner.

Simpson heaped praise on Tomlinson after the former Macclesfield and Alfreton Town striker took his goal tally to seven for the season.

"He has been a bit out of sorts the last two or three games, but after that performance I thought he got back to where he was," Simpson said.

"He was back to closing people down, chasing lost causes and keeping them under pressure the whole time."