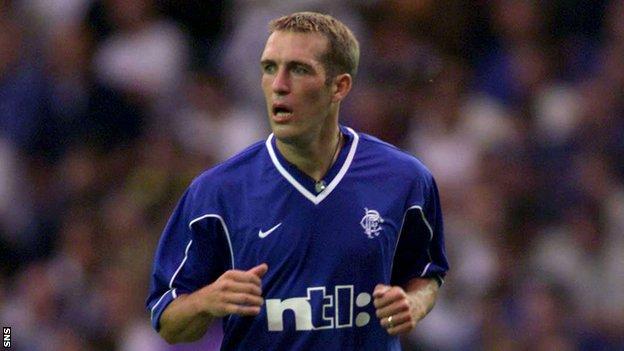 The 37-year-old, who made more than 180 appearances for Rangers between 2000 and 2006, made the announcement on a television show.

"I find it difficult to talk because I've got ALS," Ricksen told the show in the Netherlands.

Ricksen joined Rangers in 2000 from Dutch outfit AZ Alkmaar for £3.75m, playing mostly in defence, and in 2005 was named joint Scottish PFA player of the year, along with Celtic striker John Hartson.

He moved to Zenit St Petersburg on loan in 2006 and later signed for the Russian club.

Rangers boss Ally McCoist described Ricksen's illness as "devastating news," adding that everyone at the club wished him well.

"We will of course support Fernando and his family in any way we can and there is no doubt football is put into perspective when you hear news like this," McCoist told his club's website.

"I have seen images of Fernando in today's media and my heart goes out to him and his family. I cannot begin to imagine what he is going through at the moment.

"He enjoyed a fantastic career at Rangers, notably captaining Rangers to the title in 2005 at Easter Road, and I know our fans will also show their support for him."

In a statement, Celtic said the thoughts of the club were with Ricksen and his family.

"Everyone at Celtic passes on our best wishes to Fernando at this very difficult time," the statement added.