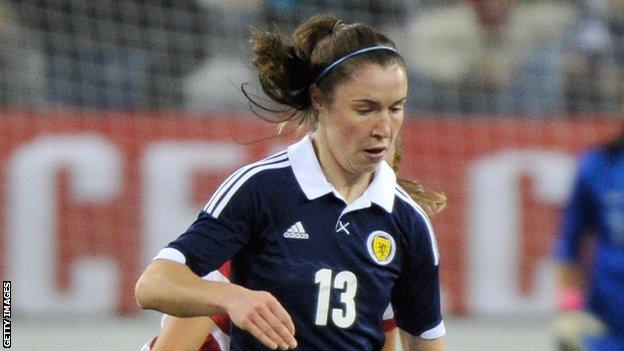 Scotland's women maintained their 100% winning run in World Cup qualifying with an impressive 4-0 victory in Poland.

Anna Signeul's side made it four consecutive wins in Group Four with Jane Ross firing a hat-trick for the visitors.

And the Scots added a fourth through Joanne Love to seal a comprehensive win to sit top of the group, with an impressive 20-goal haul so far in qualifying.

Scotland's next qualifier is at home to Poland on 5 April before travelling to Bosnia five days later.

With group favourites Sweden entertaining Faroe Islands later on Thursday, Scotland are six points clear as they target a place in Canada in 2015.