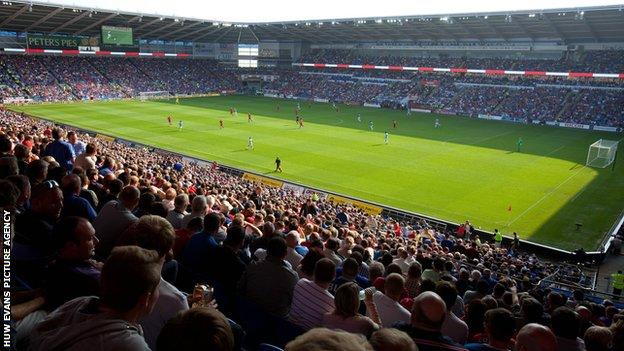 Alisher Apsalyamov, the 23-year-old Kazakh who became Cardiff City's head of recruitment, has stepped aside temporarily over a visa issue.

BBC Sport understands immigration officials spoke to the club about his work permit on Tuesday.

The club are believed to be confident any issues will be resolved quickly.

Cardiff shocked fans last month when they replaced Iain Moody with Apsalyamov, who was formerly at the club on work experience.

A Home Office spokesperson told BBC Sport: "We do not routinely comment on individual cases.

"Any allegation that an individual has breached the terms of their visa will be investigated."

Commenting on the Apsalyamov situation on Friday, Cardiff City manager Malky Mackay said he was concentrating on football matters.

"It's just something the chief exec can get on with and deal with. My focus is on my team."

At a media conference on 18 October, Mackay described Moody as "a class act".

In his scouting role at the club, Moody - who had previously worked with Mackay at Watford - helped sign summer recruits including Gary Medel from Sevilla and Steven Caulker from Tottenham.

Apsalyamov's appointment - with a remit to focus "on gathering data on individual players", according to a club statement - is one of several controversial decisions made by the club's Malaysian owner Vincent Tan.

Many Cardiff fans reacted negatively when the club's colours were changed from blue to red during the summer of 2012.