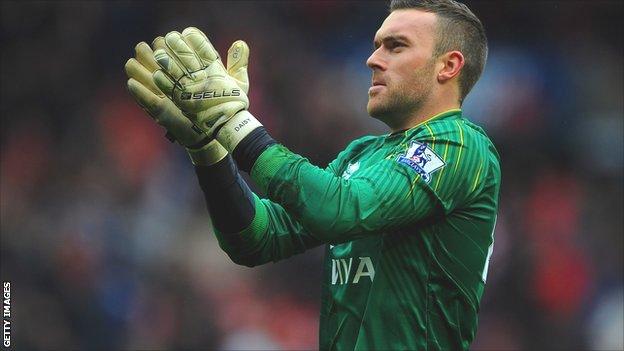 Camp, 29, who is yet to play for the Baggies, is likely to make his Cherries debut against Bolton on Saturday.

The Northern Ireland international played for Derby, QPR, Nottingham Forest and Norwich before joining West Brom on a free transfer in September.

The Cherries did bring keeper Stephen Henderson on loan from West Ham earlier this month, but he returned to Upton Park after dislocating his shoulder.

Camp, whose last competitive game was in April for Norwich, said as soon as he knew about the interest from the Cherries, it did not take him long to make his mind up about a move to the Championship side.

"My position at West Brom is a supportive role. I went into the club knowing that, however, you still get frustrated and Saturdays are difficult watching the results come in.

Bournemouth manager Eddie Howe added that he felt Camp would add useful experience to the side, but that it does not mean that 21-year-old Ryan Allsop is not part of the club's long-term plans.

"Lee has been there and done it and is a very confident lad," Howe told BBC Radio Solent.

"He is good with his feet and is a good shot stopper so hopefully he'll bring a presence and confidence to our back line.

"I just felt Ryan Allsop is a very young keeper, earning his reputation, proving himself and sometimes you need to bring players out of the team and blood them back in. We do that with outfield players a lot but no one takes any notice.

"He is still very much in our long-term plans and we like him very much."