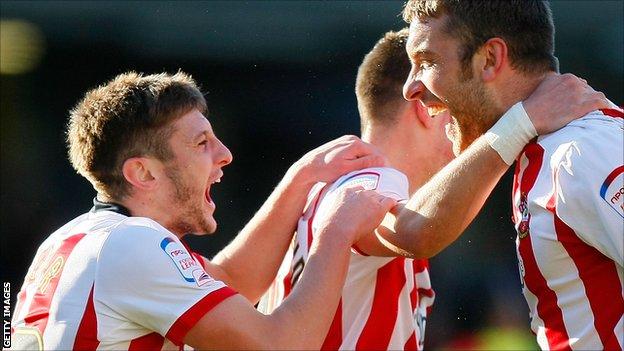 The Saints are currently fifth in the Premier League and Lallana, 25, has started all nine league games so far this season, scoring twice.

"He did well last year but the way he has started this season is the best I've seen him," Lambert, 31, told BBC Radio Solent. "It's awesome to watch.

As hard as-pre season was, I think it's really helped Adam. It's given him an extra yard of pace and a little bit more strength. But, most of all, it's given him the confidence to go and compete against the best players

"I've been saying for years I look up to Adam, even though I'm older."

Lambert continued: "His desire to win is inspiring, and that's why we all follow him. He is a great player and captain.

"As hard as pre-season was, I think it's really helped Adam. It's given him an extra yard of pace and a little bit more strength.

"But, most of all, it's given him the confidence to go and compete against the best players."

Under academy product Lallana's captaincy, Southampton have lost just once this season - a 1-0 defeat by Norwich at Carrow Road - and have won four of their last five, their most recent victory coming against Fulham at St Mary's last weekend.

Lambert, who scored in that victory, felt it was the team's best performance of his Saints career.

"I can't recall a better performance, it was the best performance I've ever been involved in," he said.

"If we play any team and play like that we would beat anyone. We were top class. Every player, every department. It's given us more confidence."

The England striker also spoke of his delight at marking his return to the side with a goal, having been dropped to the bench for the trip to Manchester United.

"It was very nice to get the goal," he said. "I want to play very game but we all believe in what the gaffer is doing. I was determined to do well and get a goal."

Southampton visit 17th-placed Stoke in the Premier League on Saturday.