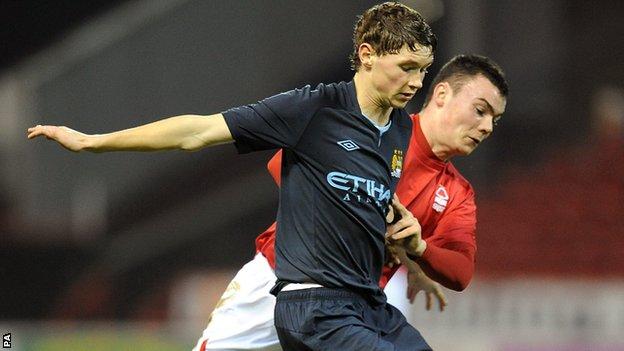 George Evans agreed to join Crewe on loan from Manchester City because of the club's strong reputation for the development of young players.

"They're renowned for bringing players through the academy playing football

"It's a good move for me. When City's reserve team manager Patrick Vieira gave me the green light I was buzzing."

Crewe director of football Dario Gradi was recently named on the FA commission to improve the national side's fortunes.

Evans, who is yet to play a professional game, will be in his first loan spell at Gresty Road.

In addition, players such as David Platt, Geoff Thomas and Robbie Savage joined the Railwaymen early in their careers before going on to play international football.

Two years ago, Evans partnered - now playing for Wigan on loan from Man Utd - in England's central midfield at the Under-17 World Cup in a squad that also included current Alex players Max Clayton and Ben Garratt.

"It's obviously easier to slot in at a new club when you know a few people, so that has been pretty helpful," added Evans.