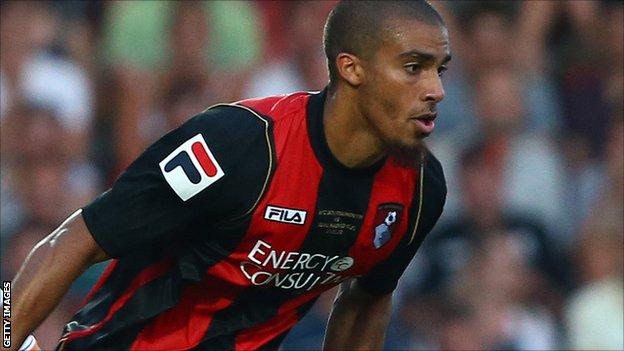 Bournemouth striker Lewis Grabban says there is "no room for sentiment" as they look to get back to winning ways.

And with Brett Pitman and Tommy Elphick having also been dropped this season, Grabban says it is a harsh reality of life in the Championship.

Bournemouth are in their first season in football's second tier for 23 years. Their only other spell lasted three seasons and had a highest finish of 12th place.

"To be in the team you have to be playing at a high standard," Grabban told BBC Radio Solent.

"You've got to put that pressure on yourself and the gaffer has gone about it the right way."

Rantie has gone seven games without a goal but Grabban - who himself had a barren spell of 14 games last season - believes the 23-year-old still deserves his place in the side.

"He is still contributing to the team," he said.

"For a striker it is so important to get that goal and get going, It will change everything for him, it's been tough, but I've been there and once you start scoring everyone forgets."