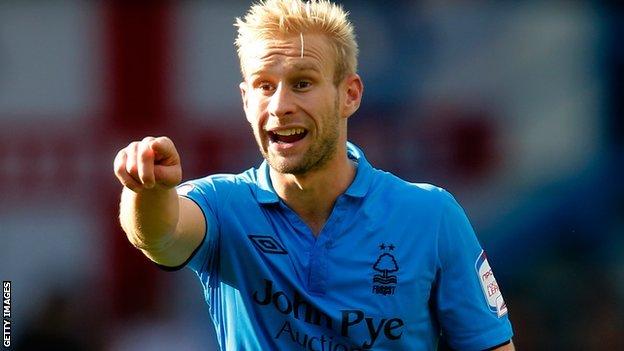 The 27-year-old links up with City head coach Sean O'Driscoll for a third time, having previously played under him at Doncaster and Forest.

Gillett has not featured for his parent club in the Championship this term with his only two appearances coming in the League Cup.

He will be available to make his City debut on Saturday against Oldham.

"Although we have numbers in that area of the pitch, we lack a bit of experience," O'Driscoll told BBC Radio Bristol.

"He became available and I've worked with him a few times. It was too good an opportunity to miss."