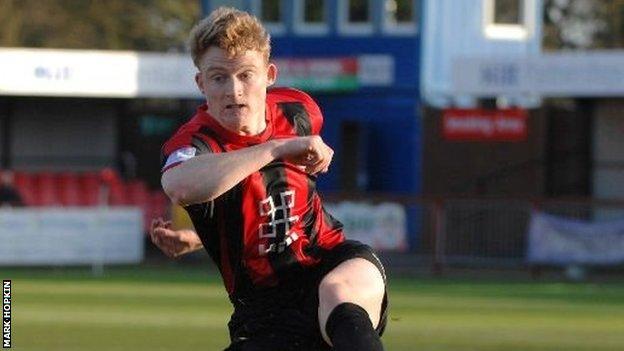 Luton Town defender Danny Fitzsimons is expected to be out for the rest of season after undergoing knee surgery.

The 21-year-old injured his knee in pre-season after arriving from Histon, and has yet to play for the Hatters.

He tried to come back in a development game against Peterborough last month, but the issue had not fully healed.

"I really feel for him. He's a smashing lad. But I don't think we'll see him this season," boss John Still told BBC Three Counties Radio.

"He got injured earlier in the year and has been trying to get over it. They've had another look and he's gone in for an operation to his knee."