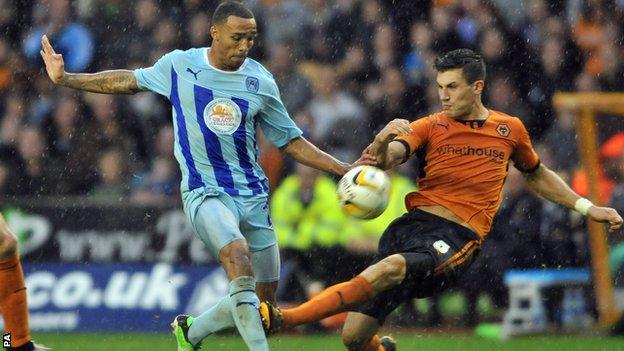 Coventry City striker Callum Wilson has signed a contract to at least 2015, as the club hold an extra-year option.

Wilson, 21, is League One's joint-top scorer with 10 goals as the Sky Blues have despite starting on -10.

Before this season, he had only started three league games for the club after turning professional in 2009.

"He has been integral in our climb up the table so we're delighted he has signed," said manager Steven Pressley.

"He's a great kid and a Coventry boy with a desire to see us succeed. He has displayed exactly the kind of mentality and work ethic that I want to be the cornerstone of this club."

Since then, he has gone on to form a 19-goal strike partnership with Leon Clarke to help fire his side to the second-best scoring record in the division.