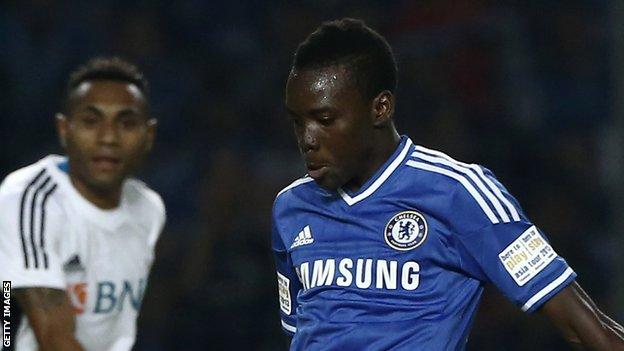 The Premier League club fought off reported interest from some of Europe's top sides to land the 18-year-old midfielder from Association Jeunes Espoirs De Bobo-Dioulasso.

The player, who made his international debut for Burkina Faso aged 15, has agreed a four-and-a-half year contract.

Traore went on Chelsea's tour of Asia in the summer as a trialist, playing three games.

He was part of the Burkina Faso squad that competed at the 2012 Africa Cup of Nations in Equatorial Guinea but was not picked for the team for this year's tournament.

His elder brother Alain, who plays for French side Lorient, is a key player for Burkina Faso and had a trial at Manchester United when he was a teenager.