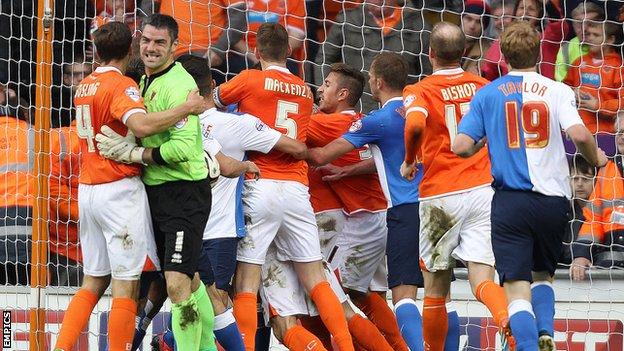 Campbell was shown a red card by referee Paul Tierney, as was young Blackpool full-back Jack Robinson for his part in the resulting melee.

The two Lancashire clubs have until Monday to respond to their charges.