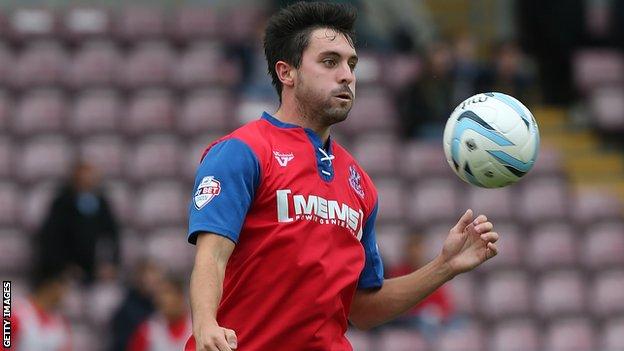 Tamworth have signed midfielder Charlie Allen on loan from Gillingham.

The 21-year-old played 32 times as the Gills won League Two last season, but this term has started only twice.

From what I've seen in training I don't think Charlie will feature much. The decision has nothing to do with his surname

He has not played since and will now stay with the Conference Premier side until January.

It is the second time Allen has left a club after his father was sacked having departed Notts County in 2012 shortly after Keith Curle became manager.

But Gillingham's interim boss has praised the midfielder's attitude.

"It was a very difficult situation for Charlie and he's been a top-class professional," Taylor told BBC Radio Kent.

"But from what I've seen in training, I don't think he was going to get much football.

"Now he'll get that chance at Tamworth - the decision has nothing to do with his surname."

However, this is not a view shared by the player himself as he tweeted: "Extremely relieved to be away after my 'fair opportunity' didn't work out as planned. Some things are best left under the wraps."