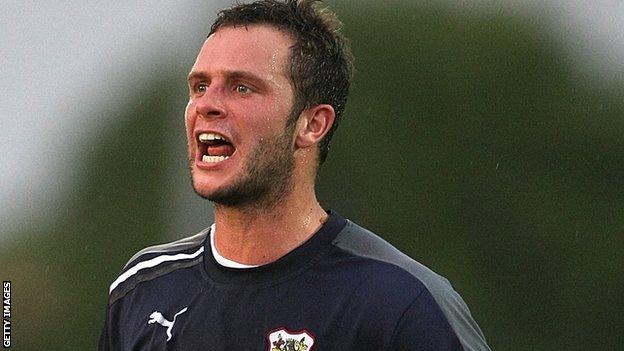 Bristol Rovers have signed striker Chris Beardsley on a month-long loan from Preston.

Beardsley scored three goals in 22 appearances for the Lilywhites last season, before being made available for transfer over the summer.

The 29-year-old has remained with the League One side but has failed to play a game this term.

He counts Stevenage, Kettering, York, Mansfield and Kidderminster among his former clubs.

Rovers boss John Ward has been looking to bolster his attacking options, with Matt Harrold struggling with injury.

Ward told the club website: "He is an experienced player and he will give us what we do not have at the moment, and that is experience down the middle of the pitch.

"He provides that extra bit of knowledge. He is a strong boy and he is a team player who works very hard for his team.

"He may not get the headlines for scoring all the goals, but he brings people in to the game and creates chances. He should be a big help to the young lads in the squad."