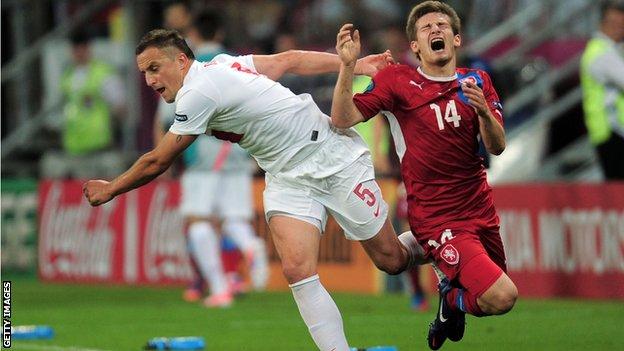 The 29-year-old was released by Spanish top-flight side Levante in July and has been training with Blues for two weeks.

Dudka has made just short of 300 league appearances for Amica Wronki, WisĹ‚a Krakow, Auxerre and Levante.

He has won 65 international caps and played in two European Championships and one World Cup.

But he is unlikely to figure in this weekend's Championship game against Charlton Athletic.

"Dariusz has not played competitively in a long time and won't be involved before the international break. He will need a mini pre-season," said Blues manager Lee Clark.