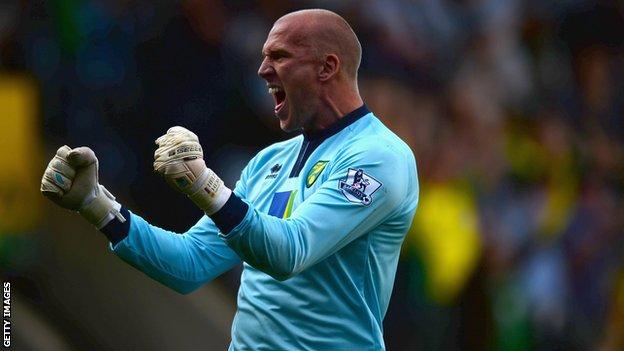 The 27-year-old has played 106 times for the Canaries since joining from Everton in 2010.

He won his only England cap in a friendly against Italy last year and, despite being a regular in Roy Hodgson's squad,

"I'm more than happy to commit my long-term future to the club," Ruddy told the club website.

"I've broken into the England squad while at Norwich, and without the opportunity they gave me, I wouldn't have been anywhere near it. I was in a bit of a no-man's land before I joined the club and they took a gamble on me.

"Thankfully I think it's paid off for both sides and now I'm just looking to keep up my form."

Ruddy signed a four-year contract last year, but the fresh deal keeps him at Carrow Road until a least 2017, with the Canaries having the option to extend his terms by further a 12 months.