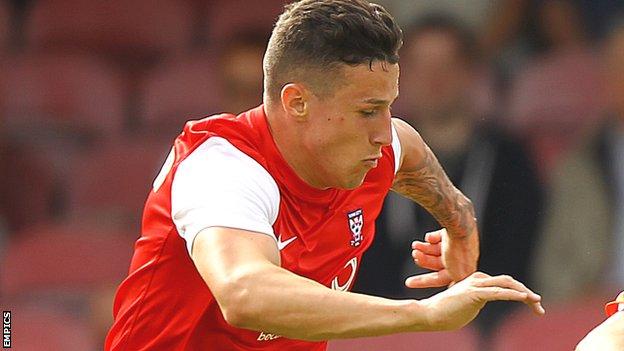 Josh Carson's 30-yard volley put the visitors ahead again, while headers from Matt Harrold and Chris Beardsley looked to have won it for the hosts.

But Fletcher's late close-range finish secured the draw for York.

"It was a good cup tie. Performance wise I thought we were pretty good but the goals we conceded were soft goals.

"But credit to them they stuck at the job over the course of 90 minutes and we've earned a replay."