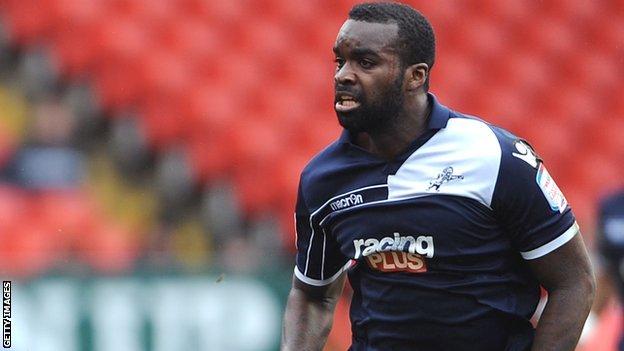 Osborne, 25, has only featured for the Lions once this season, starting in the 5-2 defeat by Bournemouth on 5 October.

The centre-half began his career at Brentford, making 212 appearances for the Bees before leaving to join Millwall in the summer of 2012.

Osborne could make his Robins debut against Oldham on Saturday, with fellow loanee Lewis Dunk out injured.

City won their first League One match of the campaign at Carlisle last weekend, but remain bottom of the table.