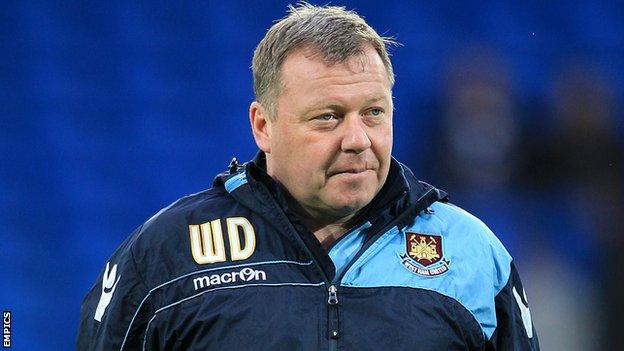 The 52-year-old, who was most recently part of Sam Allardyce's staff at West Ham United, has agreed a short-term deal at Loftus Road.

"It's a great time to be coming to the Rangers," Downes told the club website.

"We've made an excellent start to the season and are having a real go at trying to get back in the Premier League, which is what I'm sure all the fans, staff and players want."

I was a fan growing up and was at Loftus Road most weeks, so it's special for me to be here now

"Harry, Kevin [Bond] and Joe [Jordan] have worked tremendously well together for a long period of time," Downes added.

"Hopefully I can come in, be a different pair of eyes and add something fresh on the training ground.

"We're in a very good position and hopefully we can push on between now and the end of the season."

Downes was born in Hammersmith and is a lifelong QPR fan and, having previously coached at Crystal Palace, Brentford, Reading and Southampton, he is delighted to be joining the set-up at the Championship club.

"I was born only five minutes away from QPR," he said.

"I was a fan growing up and was at Loftus Road most weeks, so it's special for me to be here now."