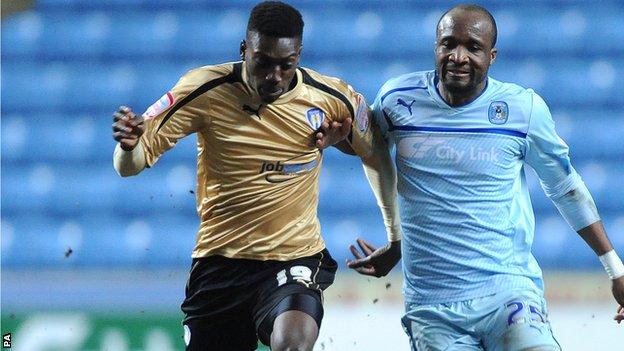 The 20-year-old has made six substitute appearances in League One since joining the U's from East Thurrock in 2012.

This term, he started one game during but failed to score.

McNamee won four Scotland caps whilst playing for Livingston between 2004 and 2006.

Meanwhile, Nuneaton have released ex-Scotland full-back David McNamee and midfielder Mark Bell after both endured injury-hit spells with the club.

McNamee, 33, started just 10 games after joining the club in October 2012 and has not played for six weeks.

Formerly of Coventry, he had spent over 15 months without a club before arriving at Liberty Way.

He has also been troubled by injury in the past, missing 18 months of football between 2009 and 2011.