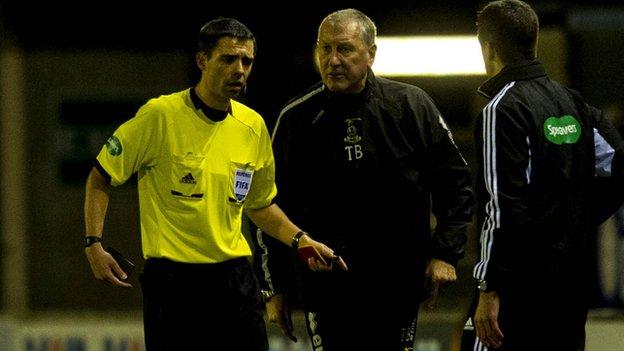 Both men are alleged to have breached disciplinary rule 203 "by failing to behave in a responsible manner".

Butcher and Jackson were sent to the stand after a melee which also involved several players near the touchline.

United's Nadir Ciftci was sent off for his part in the brawl and also faces disciplinary charges.

and the 21-year-old will also have to answer a count of violent conduct for the claim he grabbed an Inverness player's face.

United, who after extra-time, against Ciftci's red card.

Jackson and Butcher have until 8 November to respond to their notices of complaint and a principal hearing date for both men has been set for 21 November.

The Scottish Football Association's disciplinary rule 203 outlines a breach as "misconduct at a match by failing to behave in a responsible manner as an occupant of the technical area by acting in an aggressive manner towards players of the opposing team".