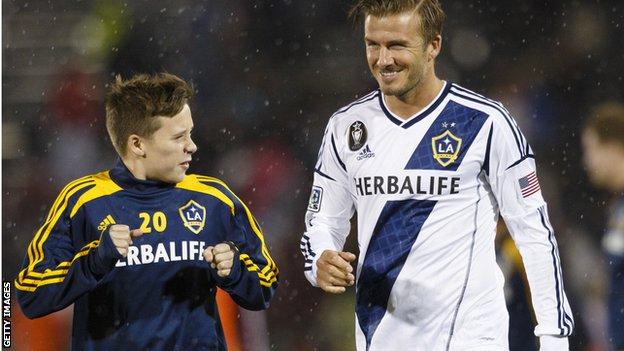 Manchester United are monitoring the progress of David Beckham's son, Brooklyn, but have not yet offered him a place at their academy.

He will attend more training sessions before a decision is made whether to offer him a place in the academy.

Brooklyn has previously spent time with LA Galaxy, been on trial for Chelsea juniors and trained with QPR's youth teams.

United have refused to comment, while manager David Moyes avoided the subject in his weekly news conference.

"We don't talk about young players," he said. "You don't ask me about any other young players so you wouldn't expect me to answer that, would you?"