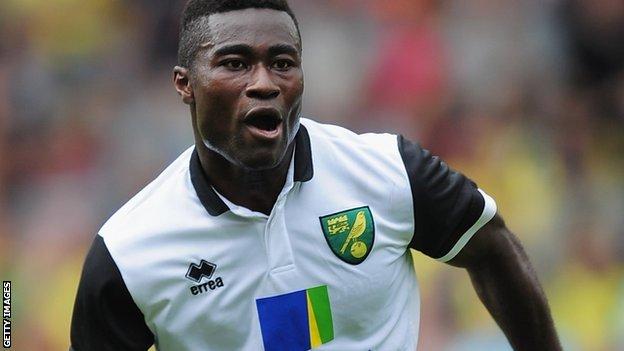 Norwich City boss Chris Hughton has confirmed that midfielder Alex Tettey will be out injured for "a couple of months" following ankle surgery.

The 27-year-old had the operation on Thursday following a collision with Frazier Campbell in stoppage time of Saturday's 0-0 draw with Cardiff City.

If Tettey sits out the next nine weeks he will miss 11 Premier League games.

"We feared the worst at the time because it was sore," Hughton told the club website.

"It was still very sore for the next couple of days, so Alex had the operation above his ankle which will keep him out for perhaps a couple of months."

The Norway international had played as part of a central midfield trio alongside Johnny Howson and Leroy Fer in the Canaries' last four games and has made 34 Premier League appearances since arriving from French side Rennes in 2012.