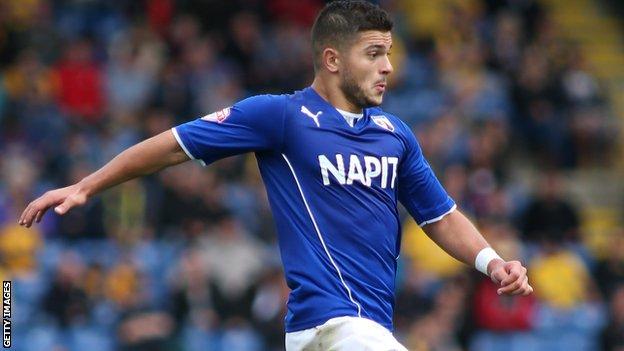 Chesterfield midfielder Sam Morsy has been ruled out for six to eight weeks after injuring his knee.

The 22-year-old was substituted after 28 minutes and scans have revealed a tear to his medial collateral ligament.

"It's a big loss. He's been integral to how we've been playing this season," said first-team coach Kevin Lynch.