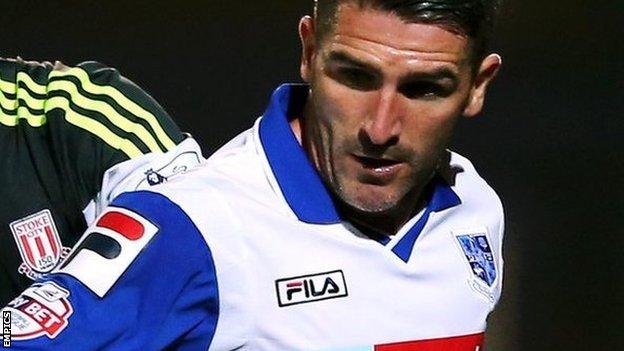 Tranmere scored a controversial late winner to see off League Two Accrington Stanley and progress to the second round of the FA Cup.

There were few clear-cut chances in the second half until the late controversy.

Accrington's defence were caught waiting for the offside flag when Jean-Louis Akpa Akpro found Ryan Lowe who finished in style.

Lowe also had the ball in the net in the first half, but that one was ruled out for offside.

"It's hard to take because we're out of the FA Cup but I was delighted with the performance.

"I thought we totally outplayed a League One side and I'm very excited by what I've seen today.

"It all boils down to converting your chances. If we'd have got the first goal, we would have imposed ourselves on the game even more."

"I'm disappointed with the way we played because we've played a lot better than that this season.

"We stayed in the game and dug it out without playing particularly well.

"For the goal, it was a great ball from Jean-Louis and a hell of a finish from Ryan Lowe."